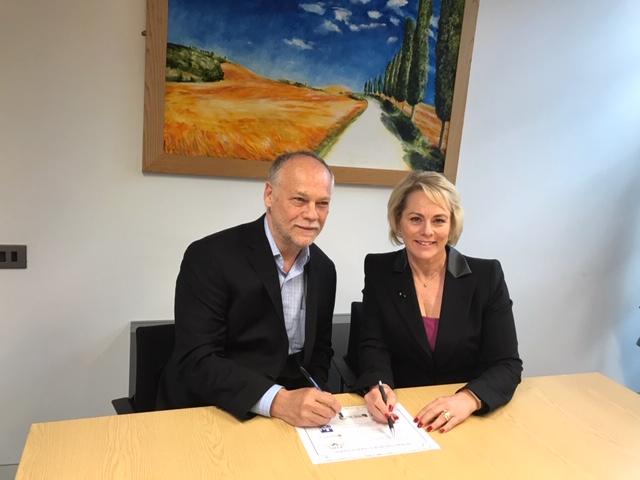 NCSG Director Gerrit Knaap and Associate Director Nick Finio traveled to Maynooth, Ireland in April 2019 to forge a new research relationship with the International Center for Local and Regional Development. During their trip, Knaap and Finio accompanied ICLRD Director Caroline Creamer to the cities of Derry and Letterkenny to discuss cross-border urban planning issues with local academics and policymakers.  NCSG will be joining ICLRD on a pilot basis for two years to explore and join in research projects, with potential to become a permanent partner in 2021. ICLRD’s focus on building the capacity of regional and local authorities, development agencies, border networks and community and voluntary organizations to manage spatial planning on the island of Ireland as a whole. This mission neatly align’s with NCSG’s work in Maryland, across the US, and nationally, to use best practices in urban planning to build a more sustainable future.
Photo Caption: NCSG Director Gerrit Knaap is pictured with Jenny Pyper, ICLRD Chair and Chief Executive of the Utility Regulator of Northern Ireland. Knaap and Pyper are signing a ceremonial agreement representing NCSG’s commitment to join ICLRD.
Apr 10Nick FinioNo Comments