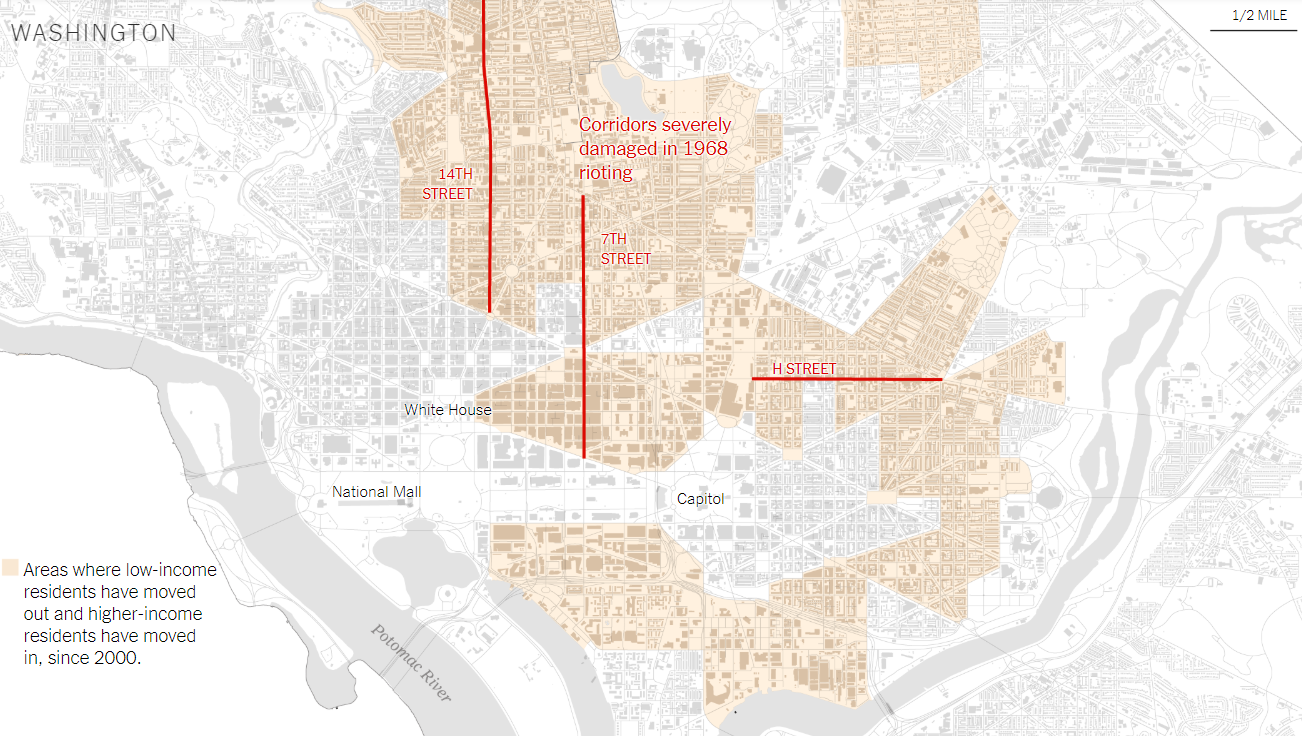 At the corner of 14th and U Streets Northwest, where the anger first simmered in what became Washington’s devastating 1968 riots, the going rent for a one-bedroom today is about $2,500 a month. That sum buys concierge services, rooftop terrace access and proximity to any number of niche fitness studios.

In 1968, the intersection was the gateway to the city’s segregated Black community, and it was home to several civil rights organizations. In the Southern Christian Leadership Conference office, in the days before the Rev. Dr. Martin Luther King Jr.’s assassination, organizers had been planning his Poor People’s Campaign.

That history clashes with what’s in the area now: the modern luxury apartments, the Lululemon. Yet across Washington and in other American cities, high-end development rises directly on top of Black neighborhoods that suffered the greatest damage during civil unrest decades ago.

And there is an economic logic to it: The sheer scale of harm to Black neighborhoods — from the conditions that led to unrest, from the buildings that burned then, from the years of neglect that followed — made it easier, when the time finally came years later, for developers and new businesses and residents to amass wealth.

“Gentrification is on the tip of almost every Black person’s tongue,” said Willow Lung-Amam, a professor of urban studies and planning at the University of Maryland, who married into a native Washingtonian family. “People are deeply saddened about the loss of Black institutions, Black politics, and a Black place in the city. We can’t get through a Sunday dinner without talking about the city as the city that actually doesn’t exist anymore.”