Following the release of the Purple Line Equitable Transit-Oriented Development Strategy, NCSG Director Dr. Gerrit Knaap was interviewed by the Washington Post’s Katharine Shaver on the PLCC’s work in the region.

The study was formally released at an event on September 28, 2022, with members of the media, local and national politicians, and Purple Line Corridor Coalition (PLCC) advocates in attendance. Review additional coverage following the event on our website. 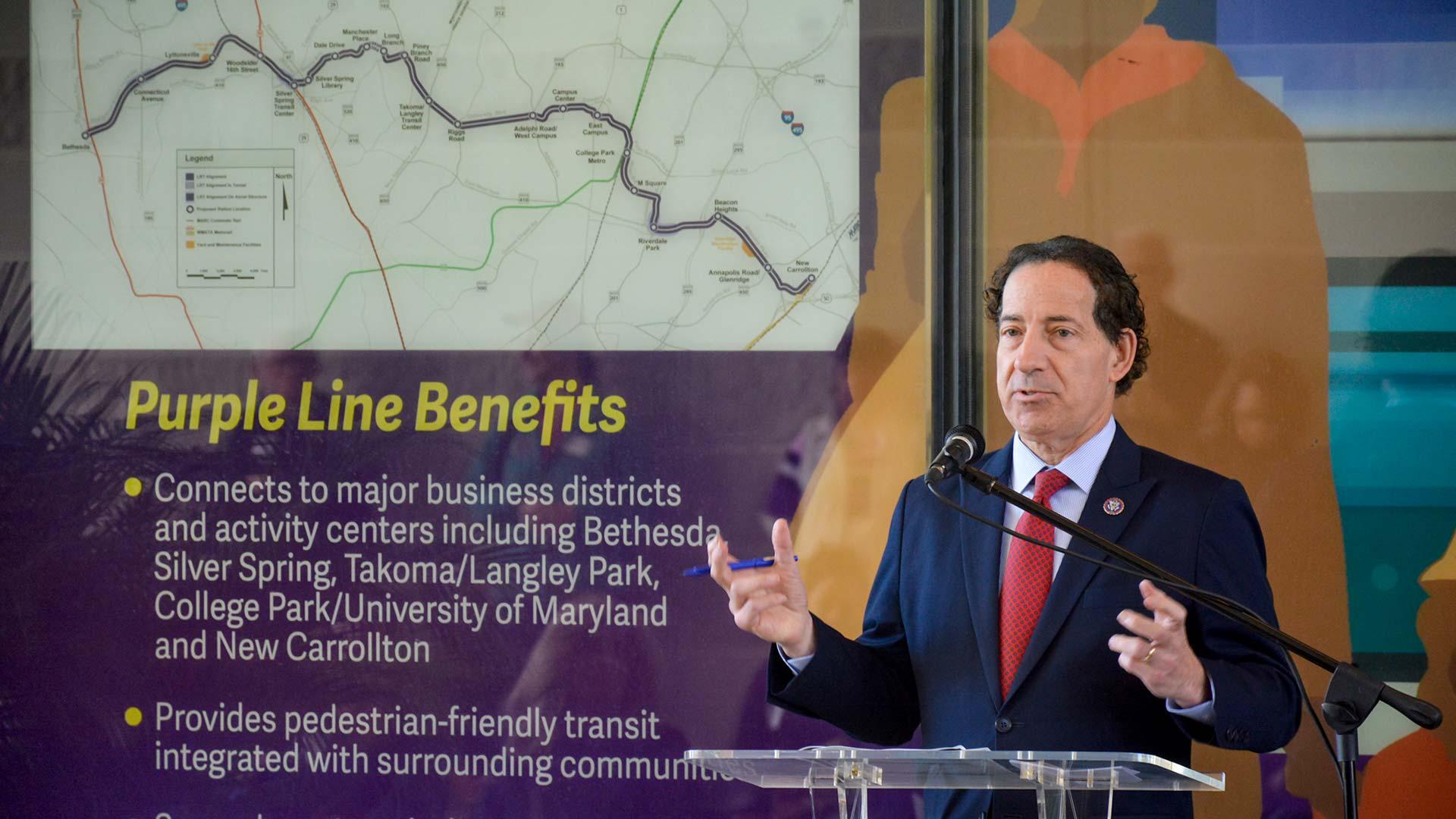 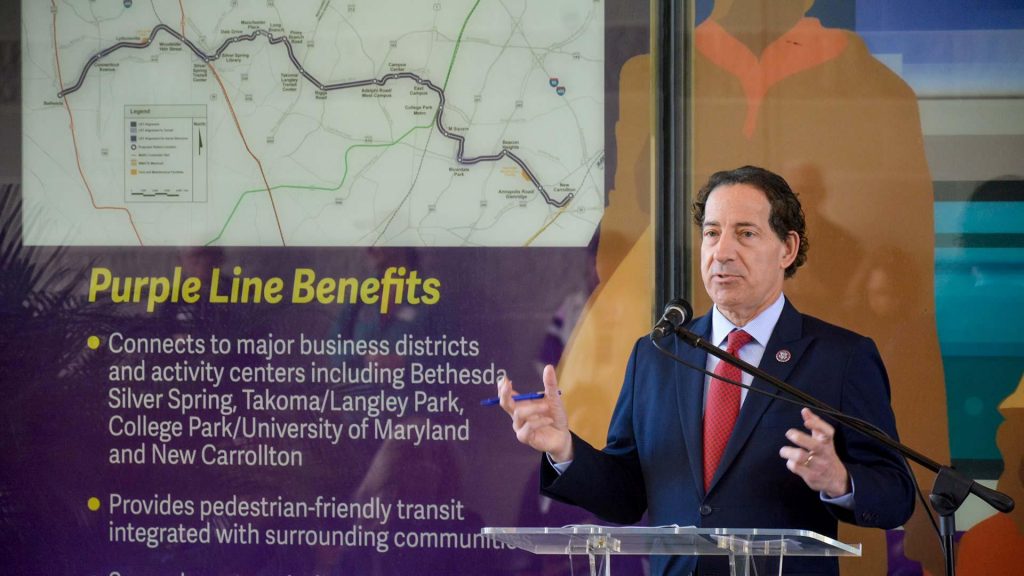 U.S. Rep. Jamie Raskin (D-Maryland) speaks Wednesday at a news conference at a planned Purple Line stop in Silver Spring. The event highlighted the release of a report to stakeholders by the Purple Line Corridor Coalition and the University of Maryland’s National Center for Smart Growth. Photo by Jelena Djakovic

New affordable housing near transit stops, improved pedestrian safety and small business preservation along the coming Purple Line are needed to protect and strengthen the surrounding communities, according to a new report released Wednesday to federal, state and local stakeholders by the Purple Line Corridor Coalition (PLCC) and the University of Maryland’s National Center for Smart Growth.

Led by the center in partnership with the Maryland Department of Transportation and the Maryland Transit Administration, the report for policymakers is the culmination of a multiyear effort to advance equitable transit-oriented development ahead of the anticipated 2026 opening of the light-rail line.

The release event for the report, held Wednesday at the Brigadier General Charles E. McGee Library in Silver Spring, was attended by national, state and local politicians and activists, and was covered by the Washington Post, Montgomery Community Media, Bethesda Magazine, and WTOP News. 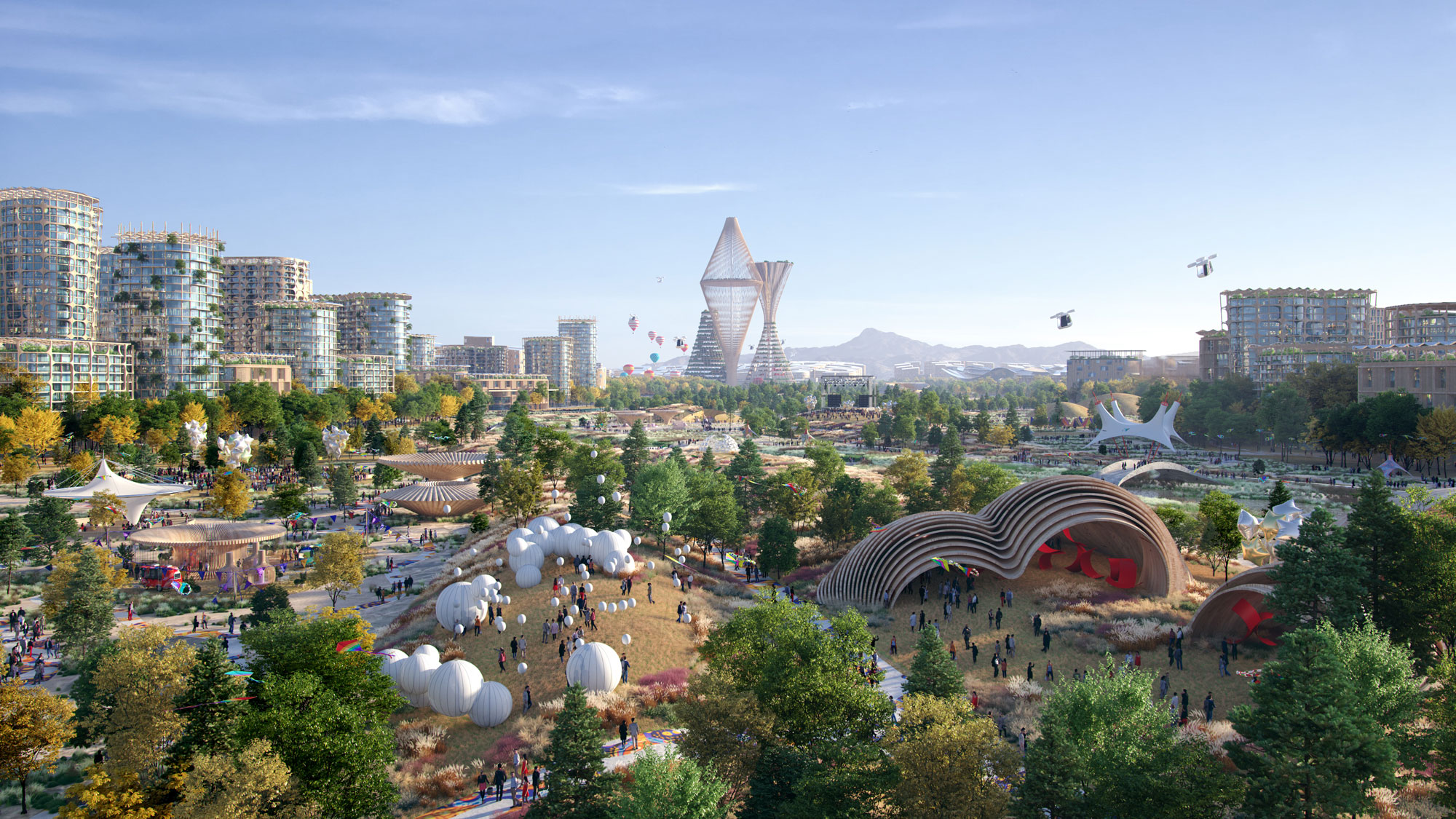 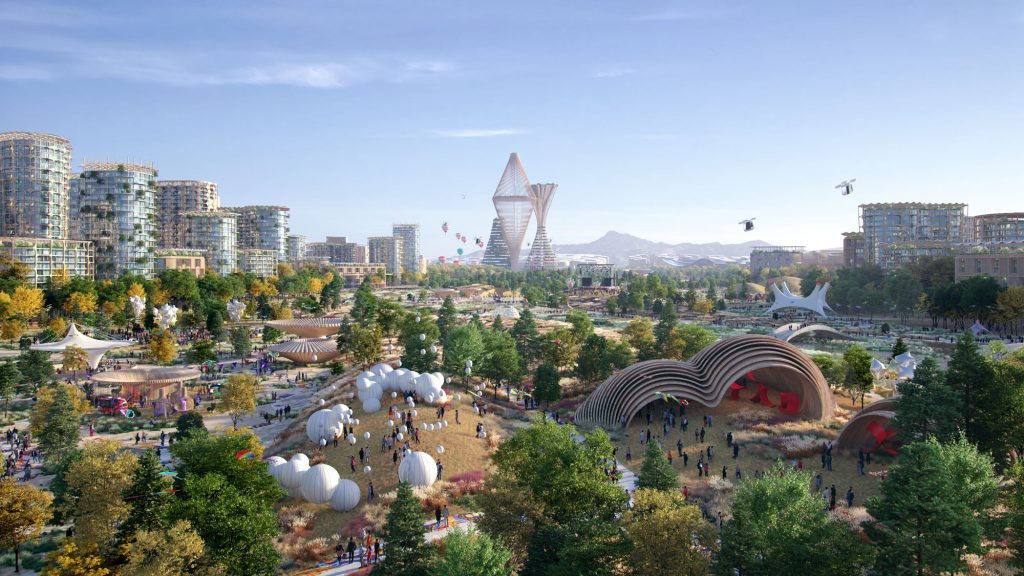 A rendering of Telosa. Image courtesy of CityofTelosa.com.

“The very premise of the planning is already exclusionary, is already not towards a public interest or a public good,” Lung-Amam said.

The city, which would be built from scratch on undeveloped land in the US Southeast, represents a privatization of city planning that could have negative effects, according to Lung-Amam.

And although the plan for the city touts environmentally sustainable features such as water re-use and renewable energy infrastructure, Lung-Amam noted other ways in which it is unsustainable.

“It’s essentially sprawling into the desert, which is not environmentally sustainable. It’s not accessible to blue-collar workers. It’s not accessible to people without transportation. It’s reliant upon new infrastructure and people who can afford cars and other kinds of amenities that are not part of the existing fabric of the community,” Lung-Amam said.