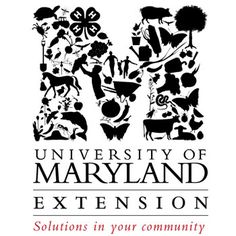 An Inventory of Existing Economic Development Priorities in Western Maryland

Working with local governments, civic organizations, and local residents in each Western Maryland county, the project team will identify the particular needs and opportunities for sustainable economic development in Western Maryland and ensure that those needs are incorporated in PlanMaryland, the state development plan. The work will include analysis of existing social, economic, and environmental conditions including housing, transportation, and critical infrastructure. It will also include the exploration of alternative future scenarios that involve different assumptions about energy prices, investments in transportation and public investments, and land use policies.

The NCSG's initial task on the STAR project is to inventory the Western Maryland region's existing economic development plans.  An inventory of the goals identified in the region’s existing plans provides a window to the unique issues facing Western Maryland, and the economic goals and aspirations of its citizens.  The report, titled “An Inventory of Existing Economic Development Priorities in Western Maryland” will serve as a reference guide through the remainder of the project.

To draft the inventory, the NCSG reviewed publicly available documents created by the jurisdictions of Western Maryland between 1999 and the present. These included the economic and comprehensive plans of the region’s three counties (Garrett, Allegany and Washington), its largest municipalities, and several regional coalitions and partnerships. In addition, the NCSG contacted the region’s economic development directors, planning directors and Chambers of Commerce to ensure that all key plans were obtained for review.

Assessments of Social, Economic and Land Use Trends

The NCSG's second task is to assess the social, economic and land use trends in Western Maryland.  The assessment process has produced four data briefs:

Population. This brief examines the demographic characteristics at present and over time. The brief includes data on population, race and ethnicity, household size, educational attainment and labor force characteristics.

Economics. This brief examines the structure of the Western Maryland economy and changes in that structure over time. It looks at measures of income, equity and employment.

Land Use and Natural Resources. This brief examines current conditions and trends in the use of land and natural resources in Western Maryland. The brief includes data from county comprehensive plans, GreenPrint, and federal sources.

With assistance from its STAR partners in Western Maryland (University of Maryland Extension and The Greater Cumberland Committee), the NCSG team is conducting workshops with residents in Garrett, Allegany and Washington Counties:

At these workshops the NCSG team presented draft versions of the policy briefs and sought information from local residents on their beliefs, perceptions, and aspirations. These workshops were used to identify local economic development goals and priorities.

On Friday, March 9, 2012, the NCSG and its partners met in Frostburg with representatives from Allegany and Garrett Counties to begin planning the workshops for those two counties.  The meeting also included a brief review and discussion of the project's research efforts to date.  A similar meeting was held for Washington County in Boonsboro on Wednesday, April 18, 2012.

The NCSG has release the STAR Project's final report, "A Primer for Economic Development in Western Maryland." Based on the policy briefs described above and the priorities identified through the workshops, this report provides important information about existing conditions, trends, and aspirations in Western Maryland that must be considered in preparing a state economic development plan for the region.  As such, the NCSG will present this report and the STAR Project's findings to the Maryland Department of Planning, the Sustainable Growth Commission, and the Smart Growth Subcabinet in the coming months.